A brisk 6:00 AM on Sunday May 26th. Nicole and I crossed the start line, glanced at each other, said “what are we doing” and laughed lightheartedly. In hindsight, that’s when I knew this wasn’t the day for me.

Flash back exactly one week, and I was on the floor of a yurt in Leadville, CO purging from a food-borne illness. Whatever illness got hold of me took until Thursday until I felt somewhat like myself again. I really hadn’t been eating anything but crackers and dry cereal. Friday was finally able to have a smoothie. This isn’t ideal for the prep week of an ultra. I should have been carb-loading and stuffing my face full of anything and everything. Instead, I was cautious of glancing at certain foods let alone eat.

The day before the race I made pancakes and was able to get those down and a mid-day smoothie. We were headed to Kale’s parents house in Maine to stay the night before the race. I brought pasta and marinara sauce (difficult to even type that), ugh. Anyway, John devoured the pasta and I forced myself to eat – we consumed the entire pound. When morning came (4 am) I could not eat. I tried but even smelling food was making me nauseous. Water was difficult to drink. It was not a good sign, but I stayed positive.

After about a mile in, I sensed I was going out too fast. Looking at my watch confirmed this and I dropped back away from Nicole. I soon caught up to her when she lost her shoe in the mud! She looked up at me and said something like, “I did what you did!”. That was a reference to the time I lost my shoe in the mud at the Hamster Wheel last year (2018). She quickly got herself together and passed me at some point. The mud was horrible. It had rained the night before, adding to the soft cow patties. Yes, you read correctly. Cow patties.

The course was made up many loops, almost like flower petals. There’d be a central aid station and you’d see it four times as you finished the three petals on one side of the course and then branch out to the other side of the course where the petals were slightly more deranged! The 50 mile course was a total of four wacky loops with a pre-loop of 10k to “complete” the distance. The 50k, which John ran, was two wacky loops with a 5k pre-loop in order to “complete” that distance.

There was a lot of confusion with the 50k course. Runners were going in different directions; the course officials were directing people every which way. It was messed up. By the time I got to the other side of the loops, there were runners going in both directions making it very confusing.

I went through the chute, finishing my first full loop and headed back out into the fields. Since the sun came up and the clouds dissipated, the course was beginning to dry up a little. However, the sun made it fiercely hot. I don’t run well in the heat – heck I had been training over winter and spring, which was cold and cool. I was not prepared for this. Nor was my appetite. I had a difficult time consuming calories but I was drinking water and electrolytes as much as I could.

My heart, head and gut was telling me to stop. I tried to banish the thoughts and trudged through one more aid station. I stopped in my tracks at the next junction; I was done. I removed my race number (for some reason it made me feel better to do so) and walked to the aid station to declare my status. I dropped out after 24.37 miles. The kind folks offered to call me a ride on the ATV but I assured them I was fine walking back to the start/finish.

During the 1.62 mile walk to inform the race officials that I was dropping out, I came to peace with my decision. My heart wasn’t in it and knowing that made all the difference. I knew I’d have another chance to run 50 miles. I made my way to the drop bag location (where our gear was) and waited for John. I figured I would crew him and Nicole for the remainder of the day.

John came through his second lap and the officials told him he had to do an additional smaller loop. Because of all the confusion at the start and some people were finishing with having run less than the 50k distance. John explained to the officials that, according to his watch, if he went out on the loop they directed he would run more than the 50k. Just wanting to be done and not overthink it any longer, John went out for the final loop and finished a 56k (good grief). Luckily there was beer waiting for him at the finish.

I stayed with our gear, waiting on Nicole to come by before her last long loop. She was slowing down and Kale was worried she wouldn’t meet the cut off. Things were so crazy with the other distances that the cutoff came and went without anyone intervening. As Nicole came through she was looking tired but in great spirits. I had a fresh pair of sneakers and asked if she wanted company on the last loop. She lit up and said yes! Kale looked at me and asked if I was sure I wanted to go back out. I figured, what’s another 8 miles? That’s peanuts now.

There you have it. I supported, paced, distracted (whatever you like to call it) Nicole for 7.58 miles. It was the prettiest section and we walked, ran, laughed, listened to the wood thrush and even heard a few peepers! Retuning to the drop bag aid station, there was less than a mile remaining and I new Nicole would finish strong. I spoke words of encouragement and praise and watched as she ran up the hill to the finish. As she ran out of sight, I couldn’t help but think…this wasn’t my race, but I was meant to be there. 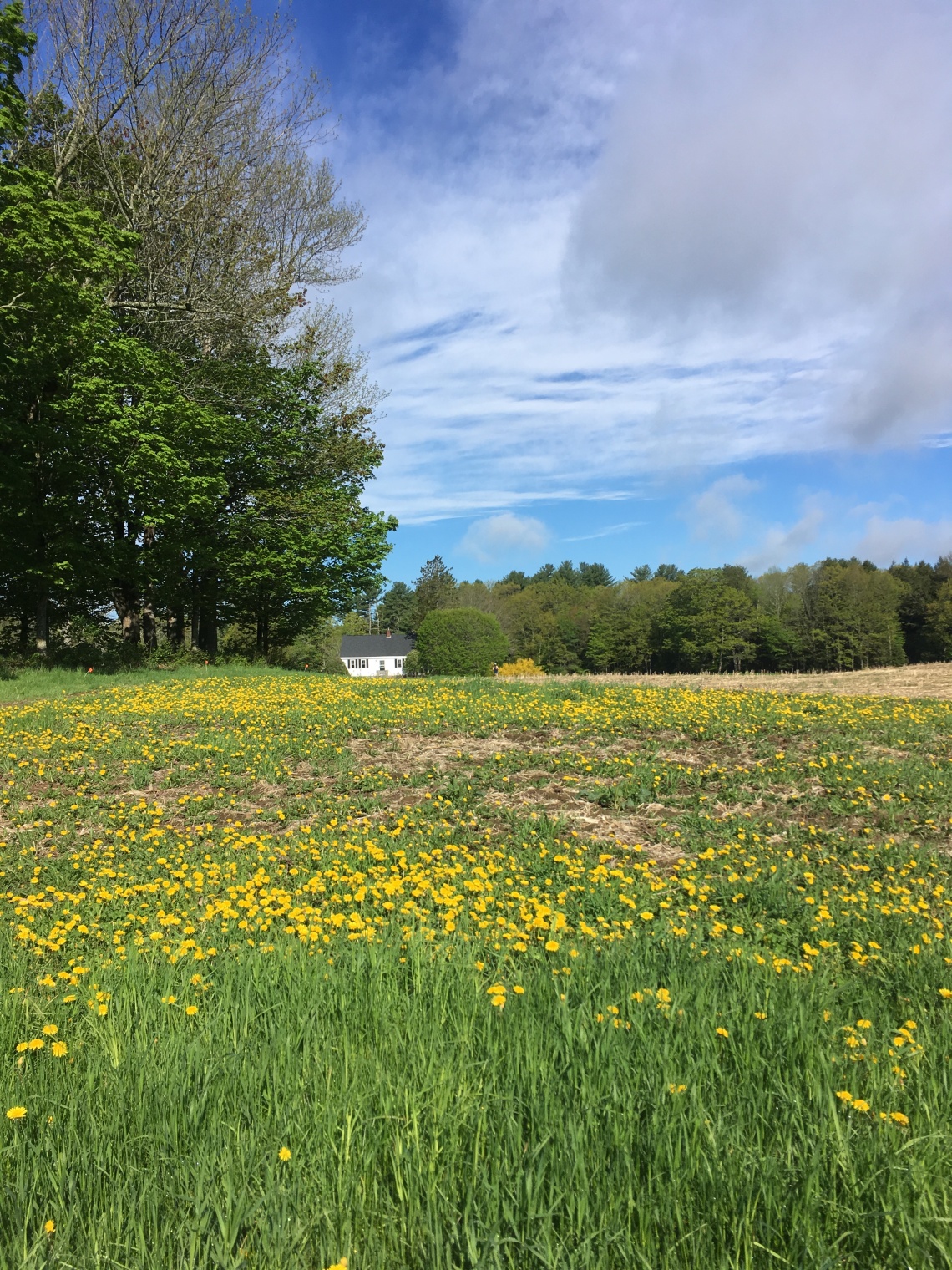